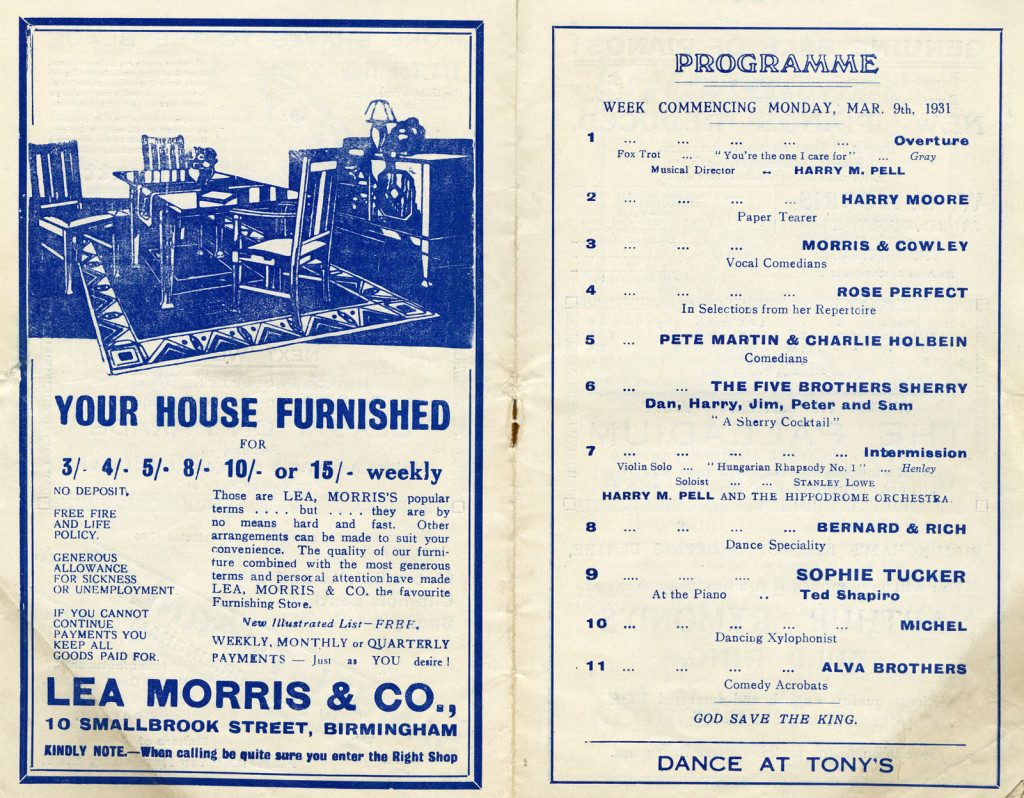 Top of the bill was American jazz singer Sophie Tucker who was described at the time as ?the last of the Red Hot Mommas?. During the intermission the audience were treated to a performance of The Hippodrome Orchestra conducted by Mr. Harry M. Pell. During the Second World War Harry conducted the Dudley Hippodrome Broadcasting Orchestra.