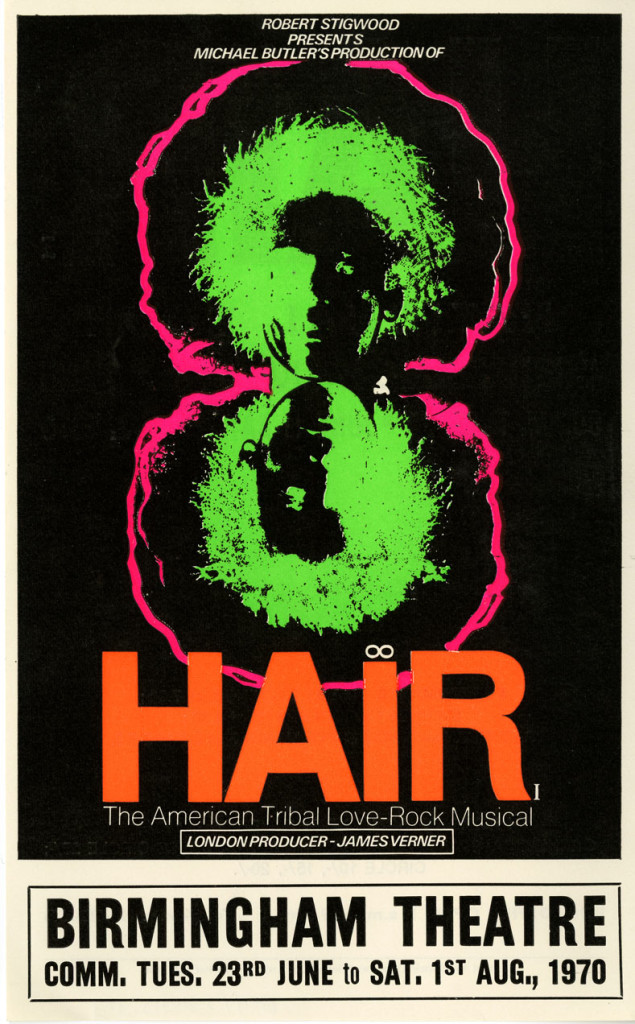 The show was famous for its nude scene and glorifying drug taking and hippie culture.
The Birmingham cast was headed by Paul Nicholas, as it had been in the West End, together with Caroline Lynda, Floella Benjamin and Richard O’Brien, who later wrote The Rocky Horror Show. Three local actors also appeared.

Did you spot the theatre’s name change?